Do I Need a RoHS-Compliant PCB?

Consumers are becoming more aware of the long-term implications of their purchases. Waste is a serious problem, and efforts to reduce environmental impact play a key role in how many products are sold. While this is more of a “feel- good” method by which end-users can attempt to lower their carbon footprint, industries will often feature stricter regulations to prevent certain materials from ever reaching the customer. For the PCB industry, RoHS is something of a gold standard for the health and safety of the user and the environment.

The implementation of RoHS has greatly reduced the presence of dangerous metals and chemicals that may eventually escape their packaging and be a downstream health concern to local fauna and flora. However, the industry is multitudinous enough in its applications that a RoHS compliant PCB is not always the best solution. In cases where RoHS materials would directly impact human health and safety, it is far more important to support the reliability and operational stability of the device. 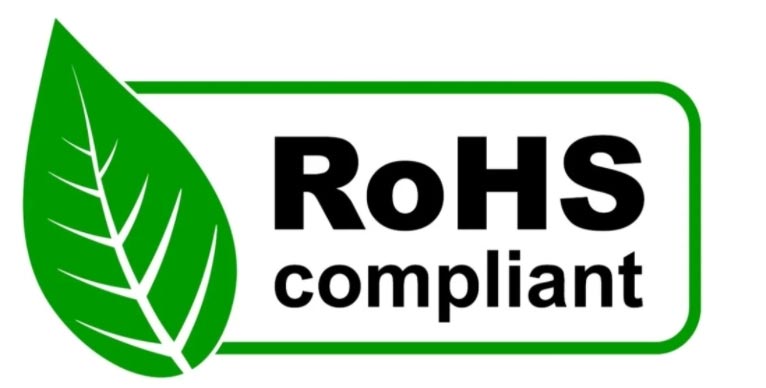 The Restriction of Hazardous Substance Directive, known more commonly by its acronym RoHS, is a health and environmental safety standard established y the European Union in 2003 to reduce the prevalence of toxic materials in electronic waste. While lead takes center stage when discussing RoHS targeted materials, other heavy metals and ions such as mercury, cadmium, and hexavalent chromium are also excluded.

The prevalence of lead in soldering alloys makes them the most conspicuous. Efforts to replace lead have led to some adjustments in solder alloy design. For example, the addition of lead to tin helps inhibit the formation of tin whiskers which can lead to shorts or cause mechanical damage to moving parts. Several good replacement alloys have been introduced or reintroduced within the past two decades. However, long-term installations with limited accessibility when in use might need to promote reasons, certain electronics (mainly determined by industry) may feature RoHS exemptions. Some of these include, but are not limited to:

Military: Nearly across the board, defense and national security items are given special privileges concerning RoHS compliance.

Space-faring: Satellites and spacecraft need the highest standards in manufacturing and do not adhere to any RoHS items that would otherwise impact product quality.

Vehicles: To promote the safety of drivers and passengers.

Fixed Installations: Such as those related to power distribution and delivery.

Active Implantable Medical Devices: RoHS does not supersede user safety, and the importance of AIMDs to the health and wellness of the users exceeds any electronics waste concerns.

A good rule of thumb for RoHS compliance is the class of the board. As Class 2 and 3 electronics are likely to need extended reliability for the safety or necessity of their users, it follows that RoHS must take a backseat. After all, the design does not occur in a vacuum, and engineering goals must be balanced both inboard capabilities and extant technology.

Additionally, higher-class electronics need not be as strictly regulated by RoHS as they are far less likely to become electronic waste. Due to their limited commercial availability, need for high-level production quality, and inherent high-reliability concerns, these electronics are unlikely to contribute to toxicity and environmental hazard issues as they would in more readily-available Class 1 electronics.

With the class of electronics as guidance, it’s possible to hone in on the products that RoHS commonly covers. The major issue RoHS tries to address is long-term health and safety, especially after products are nonoperational and situated in landfills where heavy metals and other dangerous chemicals could leach. These products are more likely to impact the consumer-end of electronics (both manufacturers and users) and are therefore more familiar:

Household Appliances: This includes both major installations such as refrigerators and stoves and smaller handheld items or tabletop plug-ins.

Computing and Communication Devices: All equipment for computers or electronic communication such as printers, scanners, copiers, phones, fax machines, and routers and modems fall into this category.

Home/Business Tools: Power tools such as drills, circular saws, and lighting and fixtures.

Toys and Sports Equipment: Toys with some electronic functionality (e.g., talking dolls) and treadmills or other electronically-integrated workout devices.

Diagnostic Medical Devices: The major limiting factor between this and AIMDs that receive RoHS exemption is based on whether the device in question is internal or external to the user.

Alarms: Health and safety detection systems such as carbon monoxide detectors and other monitoring or control equipment like thermostats.